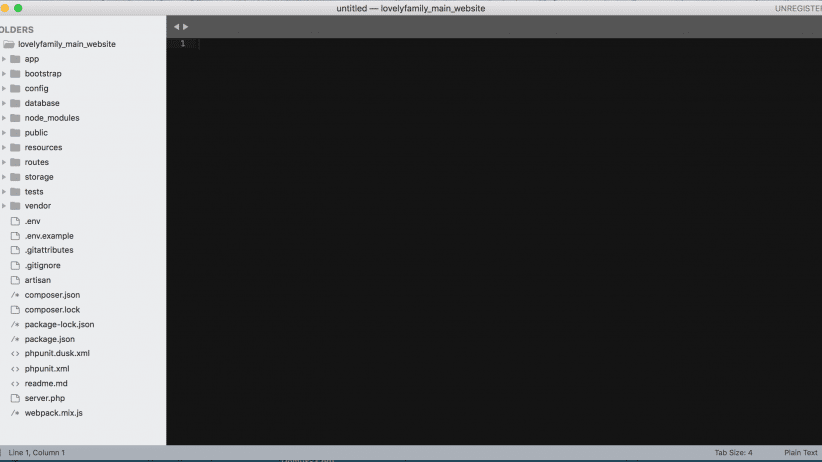 Searching For Top Editors PHP. In Everyday, most of the people including my classes are asking that which Editor to work with for developing for PHP, or even Laravel. I suggested to use text editor for using. But now, I'm thinking how to choose your IDE which is the best for you. Here are the list of Top 5 Editors for PHP.

Why I state as Top Editor for PHP? Netbeans is one of the most useful IDE I have used this before. Since 2010, I'm using this for a long time and it is still in my computer working with the latest version. I used less later for focusing on JAVA but I used this for not only PHP, JAVA but also android for this style because I love this IDE.

The power consumption will be a bit higher and you have to check before using any IDE. I already told you from here, IDE will use more power.

After using Netbeans IDE. I have to choose Notepad++ to work with PHP because that is another top editors php. At that time I used windows XP and I have low performance computer, so I have to start fall in love with notepad++. That is only support Windows but I fall in love very easily. I used this app to make Online Student Management System as a student and won Second Price in My Computer University. Notepad++ was my favorite editor. It's very lightweight, high speed and workable.

After using Notepad++ and working back to linux, the first thing I'm working with becomes Atom. Atom is github powered application and powerful tool to work with PHP and also NodeJS. HTML is also working very well but brace yourself, no WYSIWYG. Everything is in coding.

When I have got My Mac, I'm still using Atom. After a couple of months, My friends suggents using Sublime text, which is paid application but can test for trial version. I start using sublime text and I would definitely love it. Like atom but less power consumption after time by time and very lightweighted. Here are some Shortcut for Sublime Text

Whatever the others, the legendary comes after the last. Whoever manages the server and uses wants vim. No confusing , no vi, vim. The most usable software is runs on terminal. It is very good to use with nano but vim has more powerful plugin to work faster and better. One of the features VIM flagship is it runs only in terminal which does not require desktop environment. WOW. Sounds interesting? Sometimes hard and sometimes easy and don't forget to edit in your server with vim. That's it.

Do you have some more Editor for PHP or IDE to work with. Please comment it as below.